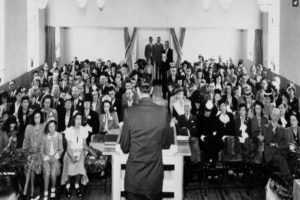 Brother Wilson served faithfully as pastor of First Baptist Church for 28 years. During this time, the church grew in membership from 300 to 3,533, and four major building phases were completed. He retired in 1985.

Brother Glenn Weekley preached his first sermon the morning of June 14, 1987 and began his ministry here on July 12, 1987. During his time as pastor, Brother Glen led the charge on making First Baptist the church we see today. 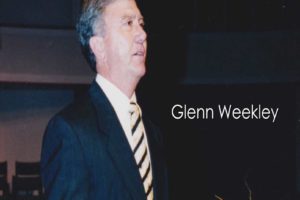 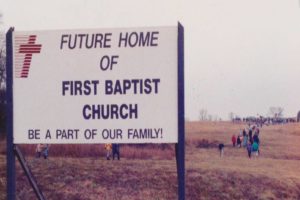 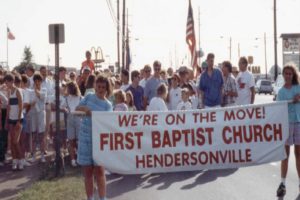 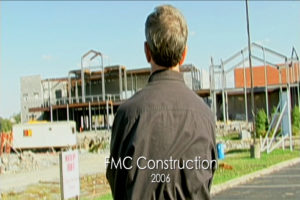 A gift of 25 acres of land off Gallatin Road between Bluegrass Drive and Music Village was given to the church. A vote was taken to relocate, leaving the property that had been home to First Baptist Church for 42 years. Ground was broken at Bluegrass Commons on January 28, 1990 and construction began in April 1990.

On July 14, 1991 the congregation walked all the way down Gallatin Rd. from the old FBCH building to the new to worship God, and celebrate His provision. There were over 3,000 in attendance.

In September, 1994 the congregation celebrated and gave thanks to God for First Baptist Church’s first 50 years.

In January 1998 the first two floors of the Weekley Education Building were completed, and in March 2001 the third floor was completed.

In May 2003 the Smith Travel Research Building at 105 Music Village Boulevard adjacent to our campus was purchased and is now home to the First Baptist Church Counseling Center, The BABBCenter. A Preschool Building addition was completed in May 2005.

He served as pastor of First Baptist until he passed away on September 11, 2007. Over the course of Dr. Weekley’s ministry, First Baptist grew from a membership of 2,700 to more than 8,900. 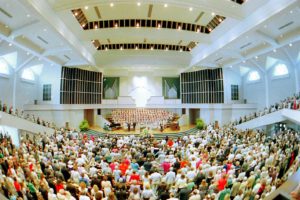 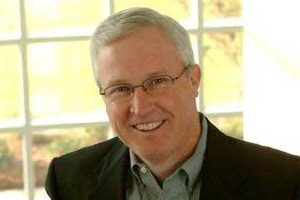 Dr. Bruce G. Chesser preached his first sermon the morning of July 19, 2009 and began his ministry here on August 16, 2009. He has been serving faithfully ever since and continues to move this church forward and lead members to the Lord.